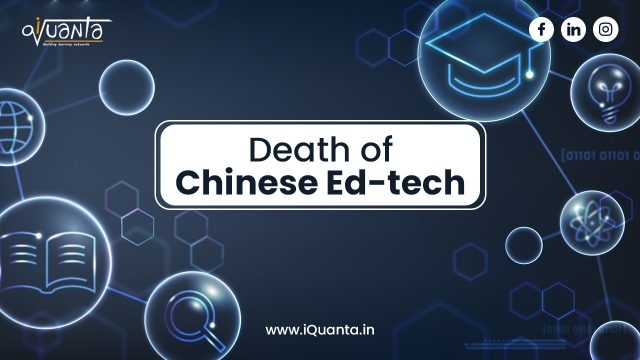 China has announced certain sets of reforms for private education companies to decrease workload for students and overhaul the sector.

The new regulations prevent companies offering tutoring on the school curriculum from making profits, raising capital or going public. These companies can’t give tuition during weekends or vacations too.

The new regulations are:

All major education companies have agreed to comply with the new rules and support the decision of the government.

Currently, the education tech industry of China is worth about 100 billion dollars.

Due to the new draft rules, the share of ed-tech companies went down by 40-50%.

The new rules are applicable both for offline and online institutes. This has already been a work in progress as some educational institutes were asked to scale back operations and some were fined for misleading advertising.

The overall goal of such rules is to decrease the influence of ed-tech companies on the people. Such companies were changing the perception of people around education by giving rise to a ‘social problem’.

The white-collared jobs are on a declining trend-making most college graduates are unemployable. Although the government is trying to create blue-collared jobs, people are not interested in that due to lesser pay and bad perception.

The government is giving the argument that private ed-tech companies are useless. The Ed-tech industry was built to help students crack the infamous college entrance exam gaokao which is the only criteria for getting admission into any Chinese university. In fact, it is one of the most competitive exams in the world.

Hence, for ed-tech companies, it was a great opportunity. There are anxious parents concerned about the future of their child and that is what these companies need. Due to this reason, the Chinese government feels that it doesn’t serve any purpose.

As per the government, high education fees is an impediment to increasing birth rates. As the population of Beijing is ageing and the workforce is shrinking, the birth rate needs to be increased.

Recently, the government even announced the three-child policy and in order for the mindset of the people to change towards having more kids, the government is trying to remove all the barriers.