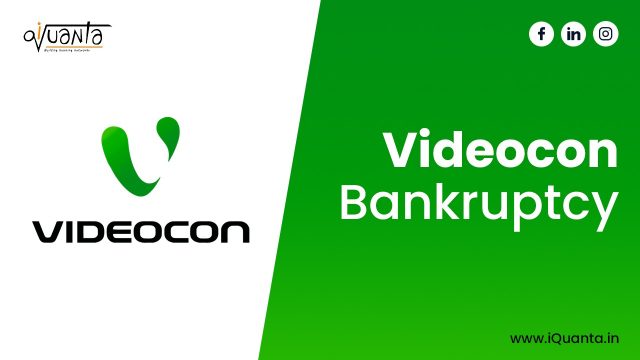 One of the well-known corporate groups that have been in the news for quite some time is the Videocon Group which will most probably become part of Anil Agarwal’s Vedanta empire now.

Venugopal Dhoot is the founder of the Videocon group. The whole group had a really wide range of businesses including consumer electronics, satellite TV, real estate and even oil & gas.

This vast and quick growth along with diversification led to an overall debt of around Rs 61k crores for Videocon. They are now facing difficulty in repaying the debt accumulated.

Due to issues with repayment, in 2017, the State Bank of India filed an insolvency petition against Videocon Industries and 15 other group companies.

The case was heard by the National Company Law Tribunal (NCLT) in Mumbai.

NCLT declared TwinStar Technologies as the winning bidder for what’s left of Videocon.

TwinStar Technologies is part of Anil Agarwal’s Vedanta group. The debt of Videocon is around Rs 61k crores but they are able to buy Videocon for just Rs 2900 crores. This means the lenders will receive less than 5% of their money.

Since the lenders will lose the remaining money, they are not happy about this deal. However, this was the best offer they were getting for debt-ridden Videocon.

Venugopal Dhoot claimed in his petition that as per the December order of NCLT, the foreign oil assets were purchased by the Videocon group through its subsidiaries. Further, the liquidation value of his oil & gas assets is at least Rs 15,000 crores and that the resolution professional handling the case hasn’t done a good job.

The matter will now be heard by the National Company Law Appellate Tribunal (NCLAT).

As per Dhoot, if Videocon’s consumer durable goods and oil & gas assets were combined and sold together, they’d fetch at least Rs 25,000 crores.

These assets have a debt of Rs 49k crores against them, so the recovery rate for lenders would be more than 50% compared to just 5% if the Vedanta group takes over.

Before the case was moved on to NCLT, Dhoot offered to pay Rs 30k crores in order to get his companies back. However, lenders didn’t know that NCLT would give a decision in favour of the Vedanta group and thus rejected the offer made by Dhoot.

This issue has become a hotcake and is frequently in the news.