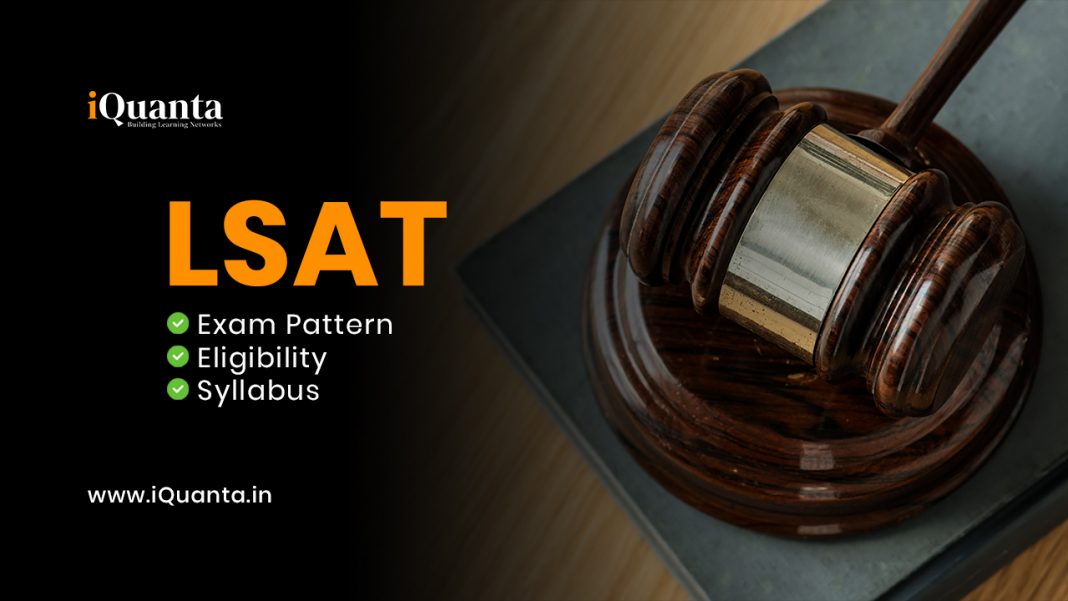 The LSAT-India is a test of reasoning and reading skills, not a test to see whether you happened to have memorized the right facts or equations. The theory behind the LSAT-India is democratic and inclusive. It holds that students acquire critical thinking skills over their educational lifetimes, and that these skills are the most important for the study of law. Good critical thinking skills may be acquired in virtually any educational programme anywhere so long as it is rigorous and of high quality. Thus, no training in any specific field or set of fields is required to do well on the LSAT-India. The test rewards candidates with generalised abilities adaptable to a variety of circumstances.

Courses listed below are offered through LSAT

The syllabus for LSAT India is released by Pearson VUE. For all those who plan to appear for the exam understanding the LSAT syllabus is of utmost importance. This will give the aspirants a better understanding of the exam topics and sub topics.

LSAT is designed to test the key schools needed in a law school, including Reading Comprehension, Analytical and Logical Reasoning.

One section is an experimental section, which doesn’t add to the overall score. However, the four sections which do contribute to the score are: Logical Reasoning (Both), Analytical Reasoning and Reading Comprehension

LSAT-India consists of multiple-choice questions and the duration of the test is 2 hours 20 minutes.

Candidates appearing for LSAT must know about the colleges that will accept the LSAT scores. There are various participating institutes all over India that accept LSAT scores. Candidates can choose which the most appropriate college for them by checking the list of institutes accepting LSAT-India scores.

LSAT (Law School Admission Test) is a standardized test to assess one’s aptitude for studying Law. LSAT is an integral part of admission process for law schools in United States, Canada and some other countries abroad.

LSAT is mandatory for admission to law schools affiliated to American Bar Association (ABA) and Canadian Common Law Schools. The test was created in the year 1948 as a measure to provide the Law schools with a standardized way to test candidates in addition to their GPA.

LSAT is designed to test your Critical Reading and Analytical Thinking Skills, which are considered important for success in a law school.

Law School Admission Council (LSAC), is the official body to conduct the LSAT exam and doesn’t specify any conditions to write the exam. Candidates need to check for any specific criteria with their targeted law schools. Test is intended for candidates desirous of studying law and have graduated or are about to graduate and looking for admissions in a law school.

Age: There is no age limit to write the test.

LSAT has a score range of 120-180. The LSAT system of scoring is predetermined and does not reflect test takers’ percentile. The relationship between raw questions answered correctly (the “raw score”) and scaled score is determined before the test is administered. Adjusted scores lie in a bell curve, tapering off at the extremes and concentrating near the median.

Multiple Scores: A candidate may take the test as many times he/she wishes. Earlier, only three attempts were allowed in a period of two calendar year. The current ABA rule now requires law schools to report only the highest LSAT score for matriculants who took the test more than once.

For comprehensive guidance and free one on one counselling, visit the link below

To stay updated with the latest news and for 24*7 doubt clarification, join the group linked below.

CUET Strategy 2022 | How to Prepare for CUET Exam

About MH-CET Law The government of Maharashtra will conduct the MH-CET law...
CUET & After 12th

About AILET  All India Law Entrance Test or popularly known as AILET is a law entrance test conducted by NLU Delhi for admission to 5-year integrated BA LLB, one-year LLM, and PhD programs. Note: NLU Delhi does not accept any other law entrance exam.  Eligibility Criteria  Qualification: Any candidate who...

CUET FOR ARTS CUET syllabus is a bit difficult to grasp at first because of various variables. There are three sections. Section 1 is dedicated to language, Section II relates to Domain subjects that you want to choose for your UG admission and Section III relates to the...

CUET Science Syllabus 2022 CUET syllabus is a bit difficult to grasp at first because of various variables. There are three sections. Section 1 is dedicated to language, Section II relates to Domain subjects that you want to choose for your UG admission and Section III that relates...
Load more

Get Rs 3000 off on iQuanta CAT Course