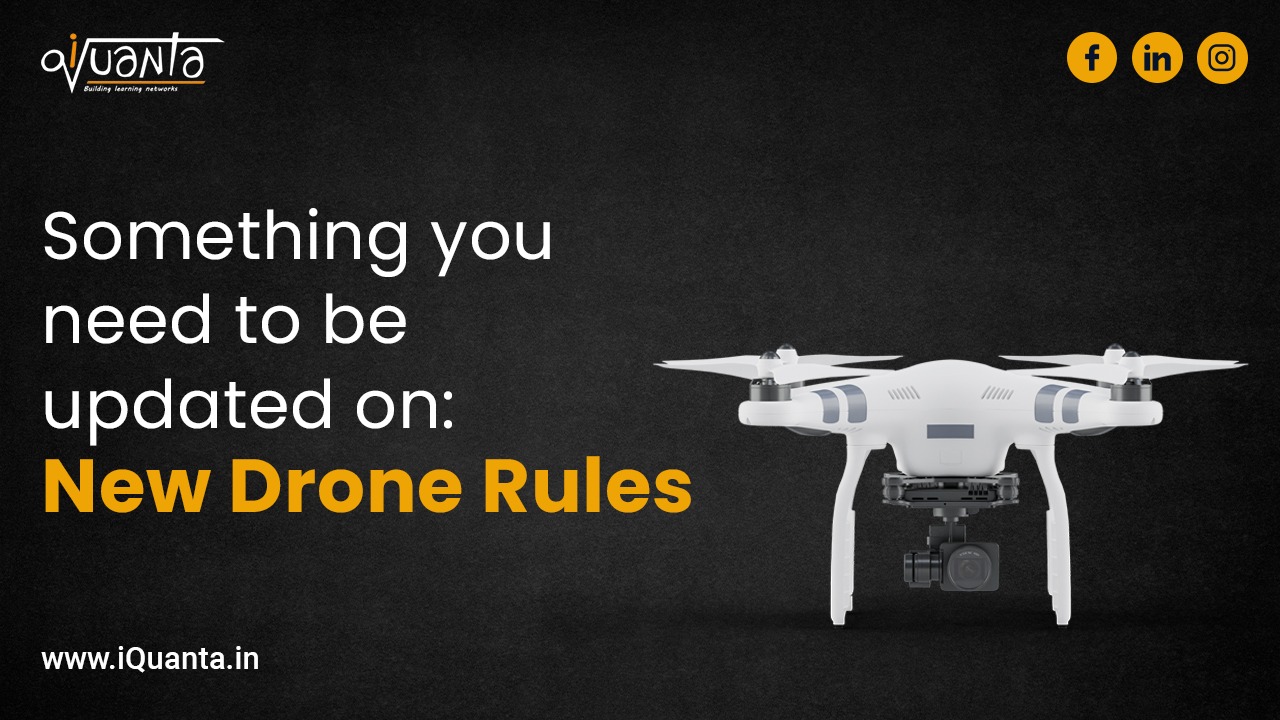 New regulations for Drones in India 2021

There are companies like Zomato, Amazon who are testing to make drone delivery possible. However, the laws are yet to be made on this which is a work in progress. We could soon see the official laws being made in the coming years. It won’t be too long before we will see drones in India, everywhere.

Challenges and drones in India

When the draft rules were made, there were certain issues being raised. India has significantly improved its Ease of Doing Business rankings over the past few years. Still, the draft drone rules included that companies should fill tedious amounts of paperwork, acquire multiple licenses and pay heavy fees to operate drones.

Apart from these things, there was a long list of restrictions that made operating drones possible only in a selected few cities. Having these many requirements was quite against the spirit of making business easy.

If companies are overburdened with paperwork, it will increase the cycle of launching drones. There could be many benefits of this technology that will be neglected due to these many restrictions.

If no one is interested in flying drones, manufacturers won’t be willing to invest. This will hurt the commercial market in the long run.

An important use case of drones is for the military. Drones can prevent human fatalities and can be used effectively in planning attacks or monitoring purposes.

There will be laws made for this use case in future. But if drone manufacturing does not take off, then this will be a huge disadvantage for the military.

The long list of requirements includes things like a certificate of maintenance, import clearing, operator limits etc. Many industry veterans have suggested changes against these rules.

New Rules for drones in India

People in the industry are continuously giving recommendations that are being taken positively by the government.

As per the new rules, there are changes in the fee structure too making drones affordable to buy and operate.  Further, there won’t be a need for a pilot licence for flying micro and nano drones.

Institutions doing drone research will not need a separate certificate of airworthiness, unique identification number, prior permissions, remote pilot license, amongst other things.

The Indian airspace is also divided into Green, Red, and Yellow Zones.

There is no requirement of permission to fly into. For red and yellow zones, permission will be required.

The government intends to provide an interactive map that can be used to chart flight paths. This will be part of the “Digital sky platform”, which the government hopes will be a one-stop solution for all activities related to the management of drone activities in India. One can easily get registration, licensing and other paperwork finalized here without manual intervention.

If things are automated, it will fasten the process by many times. The long cycles of getting all the paperwork done and taking permissions can be reduced significantly.

Drones can be an important application for the government. Hence, the government seems interested in making laws easier for companies.

If anyone is operating a drone then it should have safety systems that include:

(a) ‘No Permission — No Takeoff’ (NPNT) hardware and firmware updates

(b) Real-time tracking beacon that communicates the drone’s location, altitude, and speed.

The new drone rules definitely are much better than the old ones. However, before making laws, a lot of considerations and recommendations need to be taken up.

To structure your CAT online preparation in an efficient way consider joining iQuanta which is a top online cat coaching institute and being a part of the iQuanta CAT 21 Course. You can also check out and be a part of their Facebook group for peer learning, doubt solving and free material.

Facing Results: How To Bounce Back Stronger