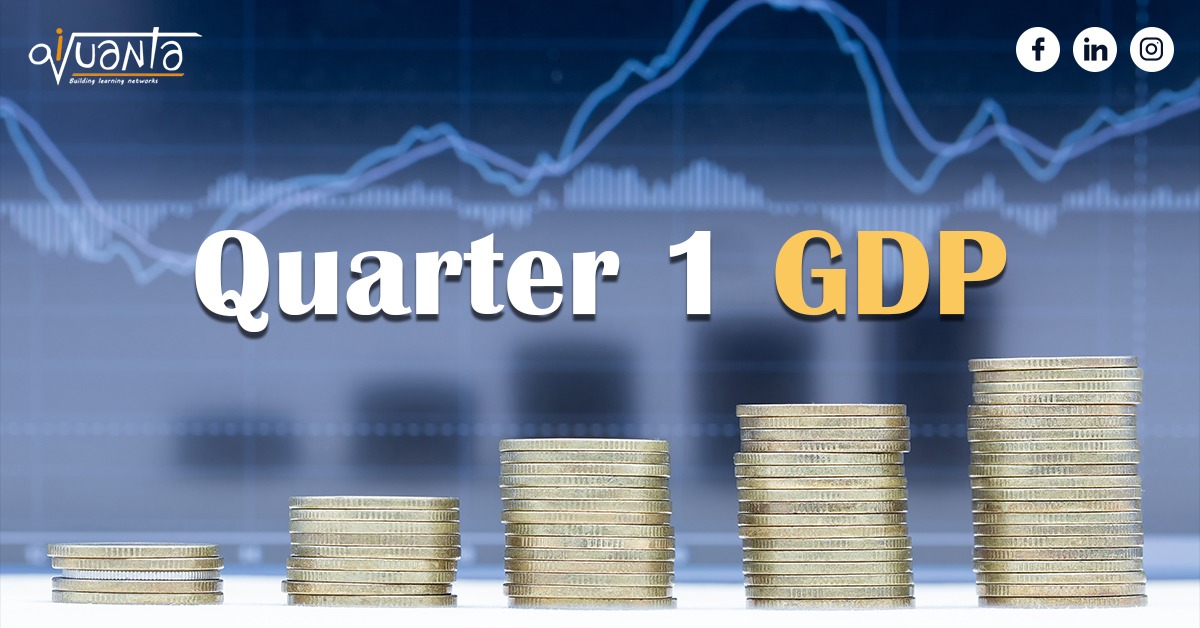 The GDP data for the first quarter of the Financial Year 2021-22 has been released with 20.1% GDP growth year-on-year.

GDP is the total value of final goods and services produced in a country during a period of time. The other measure that is released along with GDP is GVA or Gross Value Added which tracks the total output in the economy by looking at the total supply.

If the government earned more from taxes than what it spends on subsidies, GDP will be higher than GVA. The GVA grew by 18.8% year-on-year.

Now, it is important to know that GDP and GVA contracted by 24.4% and 22.4% respectively in the same quarter last year. Hence, the high growth of GDP this year is actually a result of the low yearly base.

Hence, we still can’t say that the economy has registered a V-shaped recovery. The GDP or GVA in absolute terms is still no way near to that of Q1 of 2019-20. It is actually near to the Q1 level of 2018-19 which shows that the economy is at the same level as it was four years ago.

Looking at quarter-to-quarter growth, Q1 FY22 to Q4 FY21, the GDP contracted by almost 17%. This was due to the second wave of Covid which was more deadly than the first wave.

It is better to look at the absolute levels of output in such situations. The percentage works well during normal times.

Private consumption is presently at the same level as that in 2017-18 which has a significant impact on GDP. Unless demand from private individuals increases, businesses will not be much enthusiastic towards investing more.

In fact,  investments are also at the level of 2018-19 which is a sign of worry. Only government expenditure increased compared to 2019 but that is not enough. More expenditure by the government has increased their borrowings too. Demand needs to come from the private sector for the economy to have a V-shaped recovery.

The major sectors which did well compared to 2019-20 are agriculture, electricity and other utilities. Compared to 2020-21, construction and manufacturing had the maximum percentage growth but this is because these two sectors were the most affected last year. Actually, construction is less than what it was in 2017-18.

Apart from that, the most worrisome sector is Trade, Hotels, Transport, Communication & services related to broadcasting which is still not doing well. This along with construction are the two sectors which created a lot of jobs and their weakness implies higher unemployment rates.

It is important to have recovery in these sectors and seeing the present covid situation, things look optimistic.