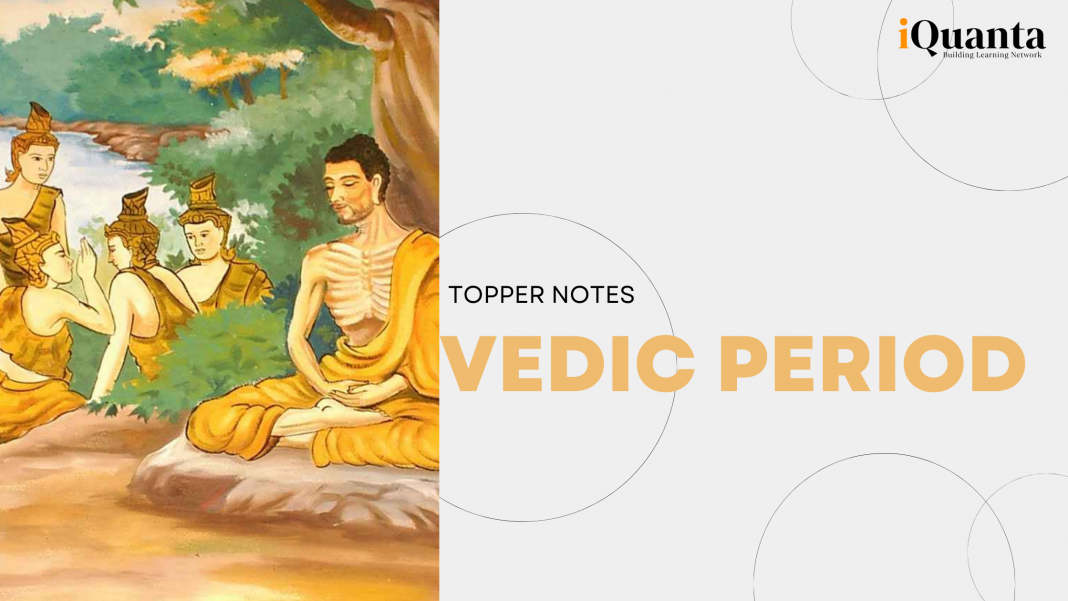 – Hymns, rituals, sacrifices performed by Brahmans
– Philosophy
– Not composed by any single person

– Vedas were known as Shrutis (orally heard, memorized, passed on until put into writing)

– Near Sapta Sindhu
– Chalcolithic period
– Tribes: elected leader called Rajan (had to depend on local assemblies-Sabhas)
– No taxation system. However, there was Bali system: voluntary offering by the people to the king
– Ochre-colored pottery: poor level of pottery (indicator of level of society)
– Condition of women better: married post maturity, educated when young, no purdah system, some were composers of Hymns
– There was the mobility in lifestyle
– Indira is a prominent god (Agni and Varuna were also mentioned)

– Tax on agriculture; 1/6th of produce
– Rajan seated on the basis of power
– Painted Grey Ware (stronger pottery)
– Evidence of Rice and Wheat
– Plough was pulled by oxen
– Condition of women deteriorated: marriage age was reduced, no education, kept out of religious affairs
– Varna system developed (concept of Dwija Born)