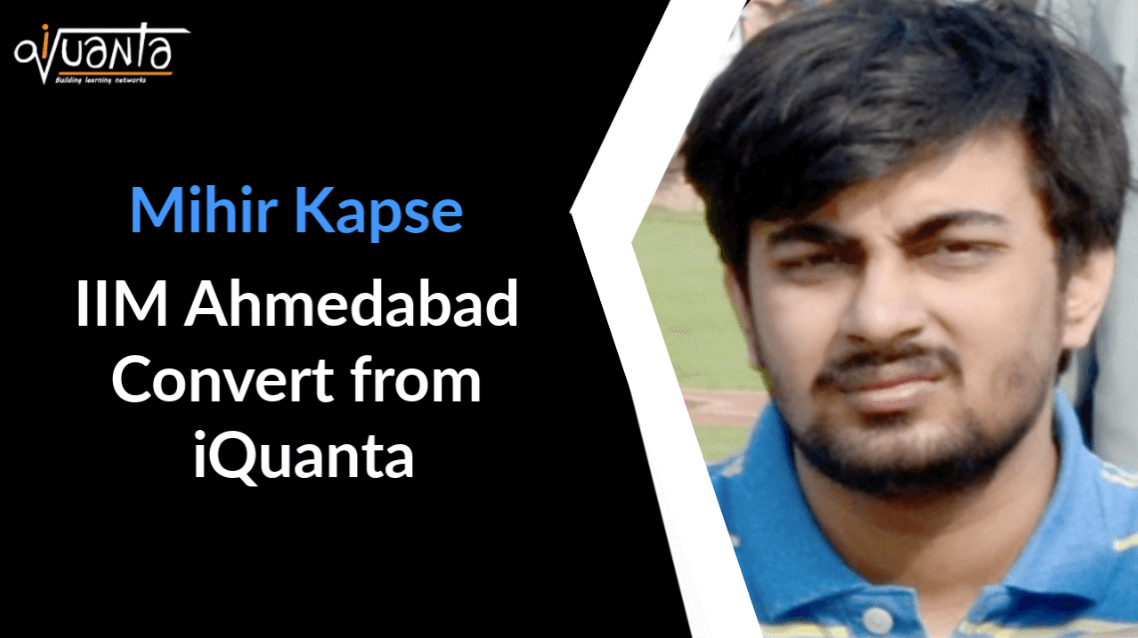 Let me introduce myself first. I am an engineer suffering from Autism Spectrum Disorder(ASD). Initially, I was misdiagnosed with dyslexia during my school when the awareness about ASD was not widespread in India. Later on when I was in college, my symptoms could no longer be explained by a simple dyslexic diagnosis and that was when my true disability was found out. That late diagnosis robbed me of the chance to get proper treatment as all the treatments currently available are aimed at young kids who are diagnosed in their early years, which is what happens in the developed countries, not adults like i was.

The CAT 2018 Result is out on 5th of January, I have achieved the scaled score of 206 getting me a 99.97 percentile. I am writing this article as token of gratitude towards iQuanta in helping achieve this feat today.

It has only been 6 months at iQuanta and I must say that it has been a privilege studying here. I started preparing for CAT around end of may 2018 by solving some free mocks available online and understanding where I stood. The mocks went very well and I recognized that all I would be needing is some help revising concepts and all the tricks and shortcuts to solve questions quickly. Since my work timings including traveling time was 10am to 10pm, I had realized that my only options were early morning classes ending at 9:30 or online classes and started searching which online class was the best. I quickly realized that iQuanta and Byjus were my best bet but felt that byjus was giving a commercialised education and hence I choose iQuanta in mid June.

I do not regret choosing it as the class timings were perfect for me, and many a times, I used to have my dinner while attending the class after work. They proved beyond my expectations and helped clear a lot of Quant shortcuts and LRDI doubts . I credit iQuanta with getting me at least 20 marks more than even what I was thinking was my maximum possible score.

It has been a pleasure staying in the group, solving the many doubts posted and getting my own queries resolved. I can only hope iQuanta grows even more as the top peer preparation place for all CAT aspirants.

Few words of wisdom for those who sit the exam in the coming year, I know that it can be a bit demotivating with poor scores in CAT18 but it is important to be focused on your preparation and avoid any distractions. Believe me even I had got only 15marks in Quant in one of the mocks in the middle of my preparation but don’t lose hope and try to improve on that. And most importantly, DON’T lose your cool, both before and during the actual exam. Loosing your cool during the exam can result in making many silly mistakes or even not attempting as many question as you could have done.

To join India’s largest Facebook community with 24*7 Doubt solving and peer-to-peer learning, visit the link below.

Previous articleHow to find that silver lining to create work-study-life balance while preparing for CAT with job
Next articleHow to get the extra edge with the right mindset?