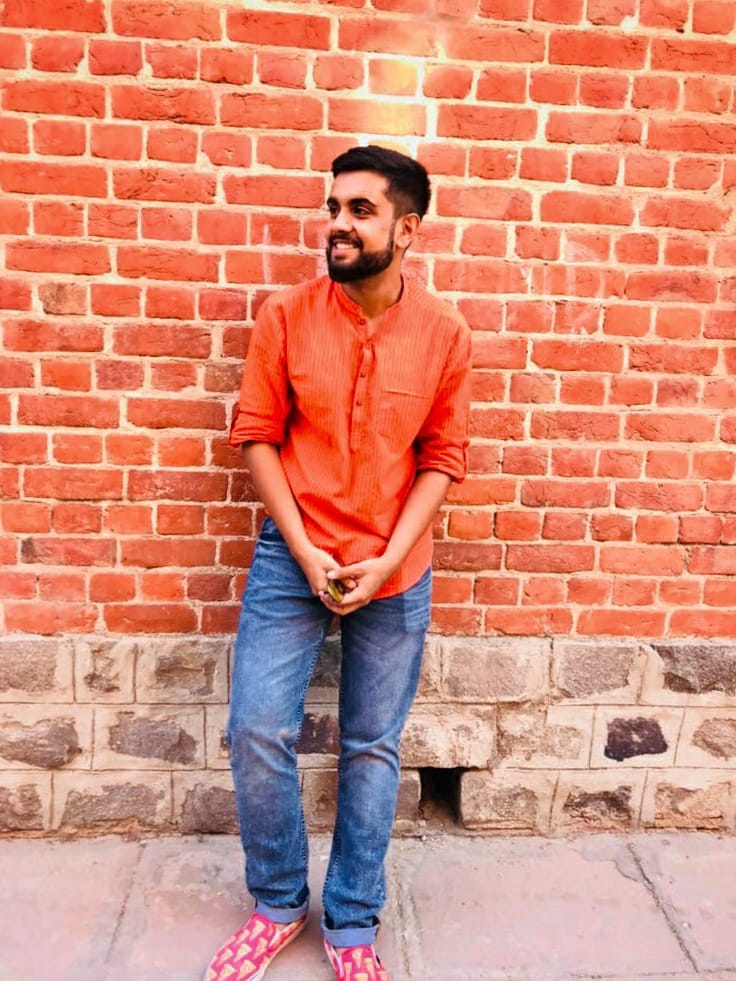 We sat down with Utkarsh Bajpai, one of the iQuant CAT Toppers to discuss his way to getting 99.87 percentile in CAT 2018. We asked him about the ups and downs he had to go through, Utkarsh being his candid self gave it all up for the readers.

Here is an excerpt of our chat with him,

Congratulations on the fantastic result Utkarsh. You are quite composed about your result now. I am sure you were more ecstatic when you first saw it. Tell us how did it feel and how much of it was expected?

Utkarsh: Thank you. It does feel good to have your efforts pay off. I had my fair share of disappointments while preparing. There were times when I would work on my weak areas and see no improvement in the mock scores. At the time, such a result was not expected but as time came closer I was grew confident. After the CAT exam, I analysed my attempt using answer keys and I was very sure of breaching the 99.5%ile mark. I would say the result was not an absolute surprise to me.

Was this your first attempt at CAT?

Utkarsh: This was my second attempt. My first attempt was last year. I got 95.6%ile in the first attempt. However, I felt that I could do better so I decided to give another attempt.

What do you think made the difference between first and the second attempt?

Utkarsh: There isn’t something I did differently. It’s just that when I gave my first attempt, it wasn’t my day. That is the reason I decided to give it another shot, I felt I was not able to justify my preparation in the first attempt.

Coming to your decision to go for MBA, why did you pick MBA for career?

Utkarsh: I have done B.A. in Economics. A post graduate degree is a logical next next step because just bachelors degree wasn’t enough even if I had to progress in Economics. Between M.A. in Economics and MBA, I believe MBA was a better choice for me because it is more application oriented and aligns well with my personality.

Have you thought of the specialisation that you would pursue?

Utkarsh: I have read about it. I am talking to people to get a better understand. I haven’t yet closed in one though.

How did you keep yourself motivated through the two years of preparation?

Utkarsh: I say CAT is not a very difficult exam. It is a mental battle. If you can win over the mind’s tendency to give up mid way, then it is not difficult to crack the exam. The thing that helped me with most in Mudit (iQuanta Success Coach) session. He would have imagineering sessions where he would ask you to close your eyes and imagine everyone’s reaction when your results came out.

This attempt must have been a lot about mocks and practice for you. What was strategy around mocks?

Did you have any hiccups during the CAT Exam? If yes, how did you get past them?

Utkarsh: I had a smooth run during the exam. There were trivial bumps where I would pause for a few seconds, take a deep dreath and move on.

Utkarsh: The biggest benefit was the peer learning part of it, apart from the iQuanta course where everyone is helpful. In the last few months, it is the group that kept me going. I didn’t lose my focus and vision. It helped me immensely in the last leg of my preparation.

Do you have any last words of wisdom for future aspirants

Utkarsh: If you want it, go at it with your 100%. There is an analogy that I use, ‘if there was a door between you and something you really wanted then you would not nudge against that door, you would probably pace up and throw yourself at it.’ CAT is that door and you ought come with all your might.