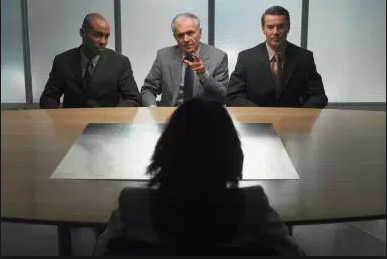 WAT: #MeToo. Why women have kept quiet for so long? What effects will this movement have?
I was last in my batch.

P1 was male and P2 was female.

P1: so, Priyam dixit. You are the last guy for today. So, what have you been doing all this time.

Me: sir, I was admiring the view of the hotel. What shops were there. And also I met all others in my panel. And what are the questions being asked?

P1: so, how many rooms are there in this hotel?

Me: (off-guard) answered. The logic was correct but the number was wrong.

Me: no, sir. Told that the placements are still going on. Less number of companies coming this year.
(he asked about it companies and how many students did they take this time.)

P1: so, why do you think indian IT sector is facing a downturn?

Me: said something about boardroom tussle, sacking of mistry, economic slowdown.
(he was not convinced)

P1: so, what do you know about indian economic slowdown?

Me: told about demonetisation and all.
(don’t know if he was convinced or not)

P1: so, what according to you is the main highlight of indian budget?

Me: sir, I think its modicare. And gave some details.

P1: so, how do you think government is going to generate so much money for this scheme?

Me: told about tax collection, import duty increment, gst cesses and all…

Me: ( didn’t had a clue what he wanted from me more as I have told all that I knew) sir, apart form these steps, I cannot think of another right now.

P1: ok, so you are a chemical engineer. Tell us what is a venture.

Me: drawn the diagram and explained.

Me: ( since, I was not aware of it, took a shot) sir, it’s the ratio of throat to mouth diameter of orifice metre. Told about it. (now, he looked convinced but not sure)

P2: so, what are your hobbies?

Me: gaming told about it and also countered their arguments.

P2: how many places have you been?

P2: so, to which place you want to visit again?

P2: the government in maharashtra?

P2: so, which government is he from, if you want to guess.

Me: mam it is one between BJP and congress I don’t have a clue but if I have to guess, maybe congress.

P2: so, which one of the new iims will be closest to you?

P2: ok, thank you. Just a last question. Which iim would you prefer to go?

P1: ok, thank you Priyam. Since you are the last candidate and waited for so long, you deserve candy. Take it and all the best.
( no extempore for me, out of 10 in my panel, 3, including myself, were not asked for extempore)
PS: extempore is totally based on your hobbies.