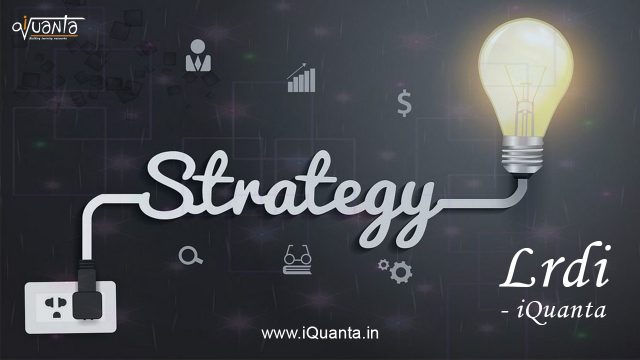 Most of the aspirants are nowadays scared of LRDI, the reason being the level of LRDI in CAT 15, CAT 16, CAT 17,18 and CAT 19. Before 2015, LRDI sets were easy to moderate. But what if there are again Easy to Moderate sets in 2022? We cant guess anything for sure, So for CAT 20, don’t go with a preconceived notion that LRDI is going to be very tough or easy. Expect the unexpected when you are preparing for CAT.

One of the iQuanta LRDI associate (100%ler in LRDI) had penned down few strategies and shared with me last year.

In CAT Exam 2015 (Data Interpretation & Logical Reasoning), there were 4 sets (2 in data and 2 in reasoning) that were very easy just that they were time taking, and almost same has been the scenario every year since then. The point here is that most of the aspirants sit in the examination hall with a mind-set to solve all the questions i.e. for one question you would get nearly 1min 50 sec and then under this time constraint, you may screw up even the easy questions. Before exam, you must clearly evaluate your own speed and accuracy and then should come up with an effective game plan. Now what an unprepared aspirant did was, he planned to attempt 27 questions in 1 hour which gave him around 7 sets and each set got more than 9 minutes. Now this is what he planned to attempt despite having thoroughly prepared for the section. So never plan or stick to a strategy you can’t afford to. In CAT Exam 2015 if someone attempted just 12 questions with 100% accuracy (3 sets in one hour) i.e. 20 minutes for one set, he could have scored more than 90%ille in Data Interpretation & Logical Reasoning while in 2017 , attempting 12 questions correct would have fetched 99+ percentile and in CAT 18 around 15-16 questions correct would have fetched a 99%le.

3 sets in one hour is actually an easy task even in CAT Exam 2015-17 but most people got black out after seeing such tough questions for the first time and hence forgot that it is tough for everyone.

Many aspirants consider Logical Reasoning as the toughest part in CAT examination. Logical Reasoning questions usually come with 2/3 bits. A paragraph is given with full of information followed by 2/3 questions. You have to read the information thoroughly and apply your logic for answering these questions. The first and most important step in solving an LR problem is to write down all of the information given in a box, table or diagram. For example, if the problem involves seating arrangements at a round table, always draw the table first and then try various permutations and combinations of people seated around it. Once you have drawn the figure for the problem, you are free to think with a clear mind. LR problems usually contain several statements which serve as clues to solving the given questions. Thus, the problem should always be attempted in a methodical manner, and solved step-by-step, because trying to look at all the information at once will confuse even the best of us.

CAT Logical Reasoning problems are usually ‘all-or-nothing’ type, in the sense that if you crack the crux of the problem then you will be able to answer all/most of the questions that follow; and if you don’t, you will not be able to answer even a single question. This is because if the logic behind the problem is known to you, the questions that follow can get solved easily. Hence, proper selection of problems to solve first is even more crucial here than in Data Interpretation. Often, students fail to solve a problem after investing 10-15 minutes on it. Since the information they have at the end of that time is not much more than that at the beginning, they cannot answer even a single question in the set and have nothing to show for their effort. Problem-selection is tricky, so if you find that you are unable to solve it after the first 5 minutes, do the smart thing and switch to another set of the section. Although, you should be very wise in your decision of leaving the question as you can always come back later on the question if you have the time but once you switch the section, you can’t come back to it again. Therefore, for each aspirant, to Attempt or not to attempt is the main question.

To be honest the best thing one has to do is to solve the maximum variety of sets, enough so as you are able to guess which set is doable for you and which set is not,  that’s it. In iQuanta mocks and sectionals, there are around 240 CAT level LRDI sets overall and if one solves them all properly then they are almost through this section. Now what do I mean by properly solving? Let’s see..

1. Invest some time over a question and study the question carefully before you start solving. A brief explanation of why each choice is correct or incorrect should go into your mind. If you can practice this tip in sample reasoning questions, you will do well on the actual assessment.

2. NEVER assume or use any information that the question fails to give you. This is NOT an assessment of how much you know about a subject in general! Consider ONLY the information given in each reading passage when choosing among the alternative responses.

3. Read both the factual passage and the sentence completion instruction carefully. Both must be considered in making your choice.

4. Be sure to read all the response choices carefully before eliminating or choosing one of them.

6. Pay special attention to words like “all,” “some,” or “none” when you read the factual information. Other qualifying words such as “other than,” “only” or “unless” are important too. These words can play a critical part in precisely specifying the facts to be used in your reasoning.

7. Pay attention to negative prefixes also, such as non-, un-, or dis-. These can be crucial to specifying the basic facts in the paragraph.

10. The questions in the assessment will vary in difficulty level, and difficult questions will be mixed in with easier ones throughout the CAT exam Paper. When you encounter a question that is difficult for you, then you should try to draw diagrams or other schematic notes on your “scratch” paper, which are provided to support and confirm your thought processes. Also, bear in mind that you can stop working on a difficult question temporarily and return to it later but it could be done only if you have not changed the section.

Almost everyone asked me from where they should practice DILR questions. My answer is there is no specific book for Data Interpretation & Logical Reasoning. You can study the basics from any coaching institute material. And then get into old CAT exam questions. While you do a question from somewhere please do ensure to study all dimensions of the questions. Make your own conclusions. And try to do a timed sectional mock at least once in a week. And a full mock test at least once in two weeks. From my experience, learning from taking/analysing mocks is very important.

Summer Placements at IMT Ghaziabad and all that changed post pandemic?