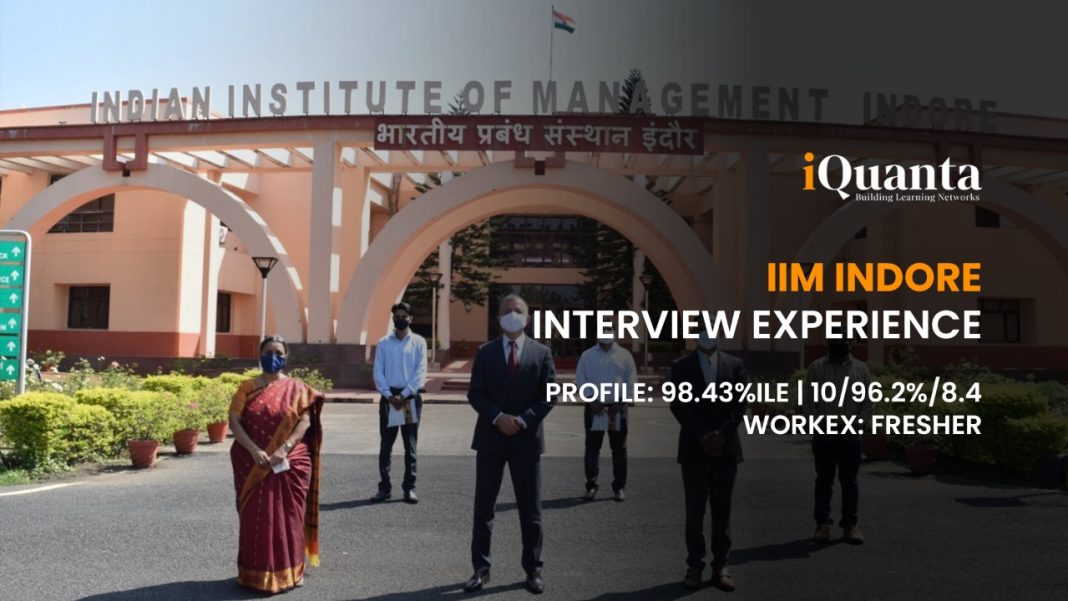 Sharing her IIM Indore interview experience we have Shrestha Dasmunshi, a CAT 2019 aspirant who scored 98.43 percentile.

The IIM Interview Transcript of Shrestha Dasmunshi is as follows:

M1: Shrestha, tell us something about yourself.

M1: What is Operating Leverage and Financial Leverage?

M1: What is the effect of higher Financial Leverage on EPS?

M1: Suppose a Company wants to invest Rs. 1,00,000 and needs to raise funds for it. Which out of Equity or Debt should be chosen to finance the investment, provided the company is not heavily leveraged?

S: (Got confused between concepts a little and couldn’t answer clearly).

M1: Suppose workers of a construction company go on a strike. Would that be systematic or unsystematic risk?

S: Unsystematic Risk since this issue doesn’t affect the entire construction industry as a whole. Also, it can be eliminated to some extent by sitting down with stakeholders and finding solutions to the grievances of the workers.

M2: Draw graphs for y=x, y=x^2 and y= IxI. Are these functions continuous?

M2: If there are 100 people in a room and each one shakes hands with everyone else, how many total handshakes will we have?

M2: What are your interests and hobbies?

S: Talked about reading novels with the themes of women empowerment, feminism, and powerful female personalities of the past and present.

M2: Okay, so we are giving you a topic to speak on. You will have around 30 seconds to gather your thoughts and then about 1.5 minutes to speak on it.

You don’t have to agree with this topic, personally, but you still have to speak in favour of it.

The topic is, “Technology has done more for the Feminist Movement than women speaking up for the cause.”

S: Dividing this into two parts:

Women speaking up: There have been a few examples where speaking up has had a negative impact on the cause, mainly due to differences in ideologies, race, cultures, incomes, etc. Thus, speaking up has, sometimes, backfired due to intersectionality and diversity.

For e.g., in 2017, around the time when Donald Trump had his inauguration, women around the country decided to do a “Women’s March”. However, the overall impact of the movement was diminished due to an internecine disagreement between White women and the minority women, wherein white women were advised to support but leave the raising of important issues to the marginalised sections of women as they have a much more vivid idea of the oppressions and biases towards the community. This didn’t go down well with the majority of white women who felt they were being side-lined.

Benefits of Technology: The most recent example of technology giving an impetus to the cause of Women Empowerment is the “#metoo movement” . The MeToo movement was started in 2006 by Tarana Burke. However, with there not being enough technological prowess at the time, the movement couldn’t reach many people. Fast forward to 2017, the Harvey Weinstein misconducts brought the movement back into the limelight and it picked up throughout the world with women coming up with their stories of misconduct and harassment. The reason for this global reach was the internet connectivity which brought stories from around the world to people and gave them the strength to speak up themselves.

(Note: I personally don’t agree with the topic because it diminishes the contribution of the amazing womxn and allies who have championed the cause by their sheer bravery and courage to speak up. But, as my panelist put it, I had to behave like a lawyer and agree even when I didn’t.)

M2: Okay. Thank you, Shrestha. All the best!

Shrestha also converted IIM Lucknow and joined the batch of 2022. Being confident is the key to successfully getting through an IIM interview.

Special offers on the CAT 2022 course ending soon. Click on the link below to enroll. 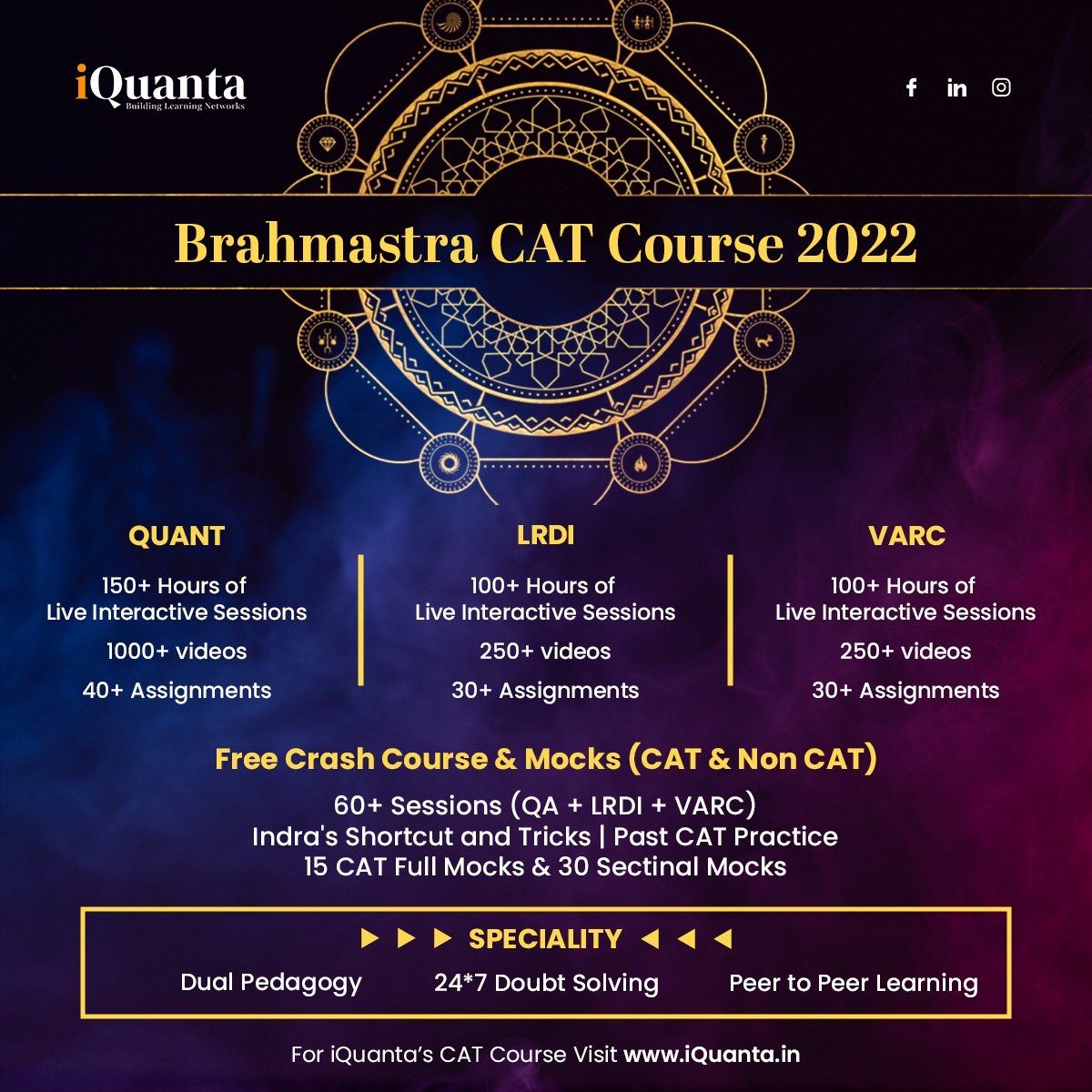